The Courtney at Universal Boulevard,a new apartment community in South Orlando, offers the best of both worlds for people who live and work in the area. While only a short drive away from resorts like SeaWorld Orlando, Universal Orlando Resort and Walt Disney World, it’s also close to shopping and other services for residents looking for a more walkable, urban lifestyle.

Construction on The Courtney at Universal Boulevard began in January 2014 and renters began moving into the first finished units at the beginning of 2015. ContraVest, the multifamily developer that built, owns, and now manages the property, expects to complete all buildings by the end of 2015. “We’re a three-legged stool — a development company, construction company and property manager,” said Mark Ogier, a principal with the firm. “We take projects from trees to keys. For this project, we found the land, developed the concept and project, built it, and are now in the process of leasing it up. “What’s interesting as a developer is that we’re really trying to please two customers: our investors and the residents who are going to be living there,” he added. “One of the advantages of being a vertically integrated company is that we can overlay our development expertise, our construction expertise, and our property management expertise to develop the most cost-effective design that will deliver what both investors and residents will want.”

ContraVest has transformed the 13 vacant acres north of the Orange County Convention Center into a luxury apartment community of 355 rental units. The site, owned at various times by Lockheed Martin, Universal (and GE), and an investor, will eventually accommodate another separate, 345-unit ContraVest community as well. 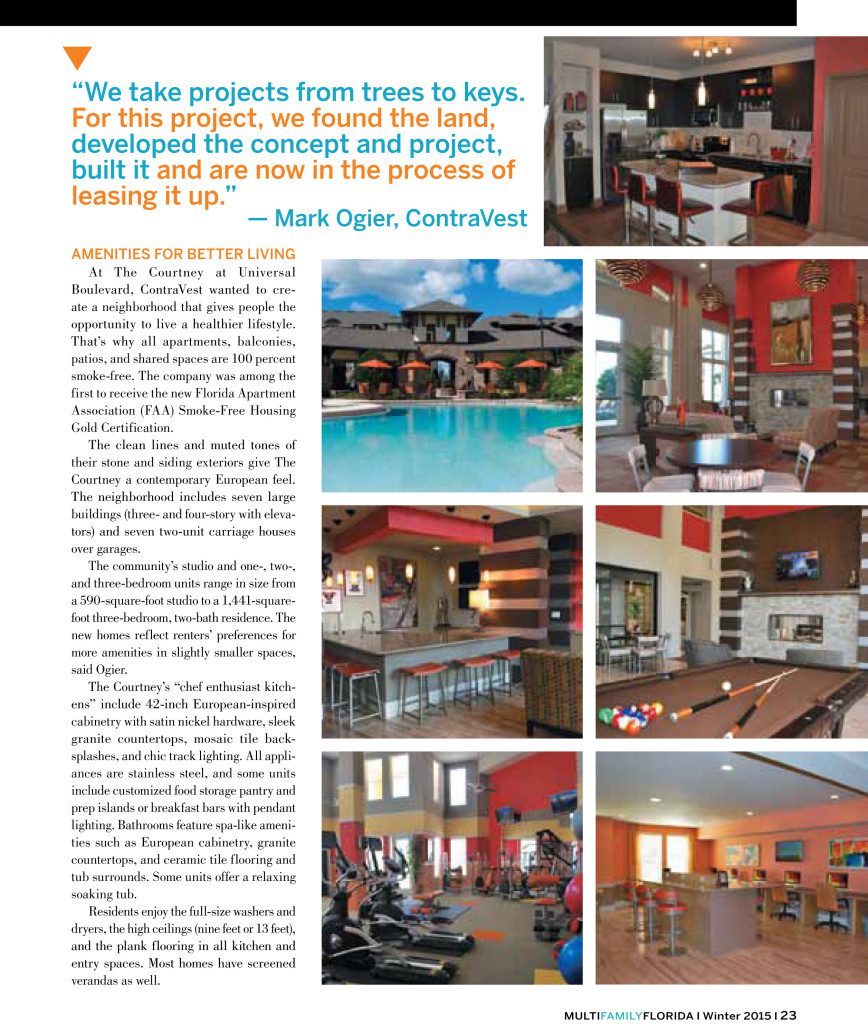