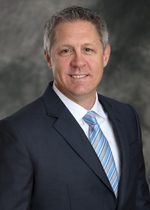 Mark Ogier joined ContraVest in 1995 as the Property Management and Construction Coordinator. He became the Director of Property Management in 1997, and an Executive Vice President in 2006. He has overall responsibility for the operations and strategic direction of the CDP development program. He is responsible for site acquisition, project development, equity investor relations and portfolio performance. Over the years, Ogier has gained valuable insight into the needs of various ownership structures including REIT’s, TIC’s, life insurance companies, pension funds and private investors. Mark is a Partner in CDP, ContraVest Management Company and ContraVest Builders.

Ogier received his Bachelor of Arts Degree in Economics in 1990 from the University of Colorado. His military experience included 4 years of service in the United States Army as a Field Artillery Officer and General’s Aide in Germany. He is a Certified Property Manager (CPM) through the Institute of Real Estate Management (IREM), Community Association Manager (CAM) and a Licensed Real Estate Broker in Florida. 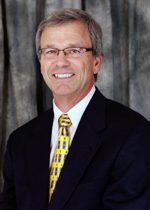 Schaffer’s background encompasses nearly 40 years of experience working in the real estate field covering development, investment, operations, finance/accounting, and workouts.  In 1997 became a partner and now is intimately involved in the analysis, structuring, and closing of all real estate developments, joint ventures/partnerships, and property dispositions.  In addition, he is responsible for securing construction and permanent loan financing and in 2013 became the Partner in charge of ContraVest Management Company. John is a Partner in ContraVest Development Partners, ContraVest Management Company and ContraVest Builders.

Schaffer previously worked for Prudential Life Insurance Co. in its Real Estate Investment Office, as well as BJF Development, Inc.(Condo Converter/RE workout firm), Cardinal Industries (RE Developer), Arlen Realty Co. (National RE Investment Co.) and the FDIC (liquidating failed banks). His responsibilities included asset management, financial/acquisition analysis, workouts, and other various accounting duties. Schaffer received his Bachelors Degree in Accounting in 1976 from the University of Florida, and a Masters Degree in Accounting from Florida International University, Miami, in 1980 and his CPA designation in 1980.  John has been a member of the University of Florida’s Real Estate Advisory Board since 2006 and sits on his Church’s Finance Committee since 2004. 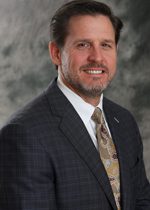 Steve joined ContraVest in 2000 and currently serves as the President of the general contracting company, ContraVest Builders.  As a licensed General Contractor in multiple states, Steve has been personally involved in the development and construction of over 8,000 apartment units. He passed the National Association of State Contractors Licensing Agencies (NASCLA) Accredited Examination for Commercial General Contracting Contractors which facilitates licensing and building in multiple jurisdictions.

As a principal in all three operating companies, Ogier plays an active role in the apartment development company and site acquisition.

Before working with ContraVest, Ogier spent five years as a sales professional in the medical and financial services industries. After graduating from The Citadel in 1990, receiving a B.S. degree in Business Administration, Ogier served five years on active duty in the United States Army as an Airborne Ranger qualified Armored Cavalry Officer stateside and in Germany and four additional years in the Florida National Guard.  In 1995 Ogier was honorably discharged from active duty as a Captain.

Ogier is very active in his church, local community and his alma mater, The Citadel. He serves on the advisory board for the Baker School of Business at the Citadel and is often invited back to teach and speak about commercial real estate finance, leadership and professional sales.

He held a Real Estate Broker license in Colorado, is a Certified Commercial Investment Member (CCIM, since 2006). 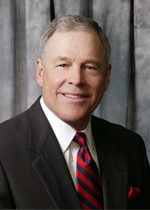 In 1986, Ogier joined with John H. McClintock, Jr. to found ContraVest, Inc., in Orlando, Florida. Prior to that, Ogier, a registered real estate broker in Florida, was a partner in Orlando-based Heavener-Ogier, Inc., the master franchiser for ERA (Electronic Realty Associates) in the Southeast, with more than 300 franchises. During that period, Ogier also co-founded Chesapeake Production Company, an oil and gas exploration company based in Oklahoma City, and served as a general partner in more than 20 oil and gas drilling partnerships.

Previously, in 1972, Ogier was named a partner in Epoch Properties, a multi-family development and management firm in Orlando, with properties throughout the Southeast. He began his career with Koger Properties, Inc., a Jacksonville-based developer of suburban office parks across the country, becoming a Vice President before leaving in 1972.

Ogier graduated in 1965 from The Citadel, receiving a B.S. degree in Business Administration. He is a member of The Citadel Business School Hall of Fame, a 2006 recipient of the Leader of Principle Award and serves on the Business School Advisory Board. His military experience includes service in the United States Army in Germany as an Armor Officer, and he was discharged in 1967 as a Captain. 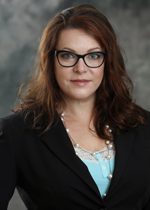 Moriah joined ContraVest Development Partners in 2013 with 14 years of cohesive project development and construction experience. As a licensed Architect in multiple states specializing in multi-family residential and mixed-use, she has personally overseen $280 million dollars of construction from conceptual design to project completion.Her experience beyond construction includes investment and physical property management for large institutions, private partnerships, and individual investors. Her work with acquisitions, renovations and distressed assets in addition to direct construction management makes her an essential new resource to both ContraVest Builders and ContraVest Development Partners.

Moriah graduated from the University of Michigan with a Masters of Architecture, highest distinction. Since 2006, she held a Real Estate Associate license in New York, and is certified by the National Council of Architecture Registration Boards. 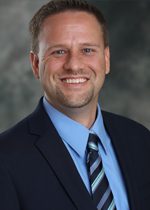 Alfred Rembowski, better known to most as “Alfie,” has been a ContraVest team member since 1998.  He has held positions with ContraVest Management Company, as well as, ContraVest Development Company.  During these years, he successfully oversaw several lease-up and stabilized assets throughout the Southeast as both an On-Site Manger and Regional Director.  Alfie also served as a Development Associate tasked with acquiring viable vacant land sites and working each development through due diligence, design, permitting, financing, and closing.

Alfie received his BS in 1996 as a graduate of Davidson College in Davidson, NC.  In his off-time he enjoys sports, boating, and above-all as a dedicated family man, spending time with his wife and 2 daughters.